Dec18 Comments Off on The Conversation Hub – London Transport Museum

London Transport Museum (LTM) established a partnership with homeless charity St Mungo’s, in order to bridge the divide between the museum space and vulnerable adults on their doorstep.

The Happy Museum at LTM acted as a pilot for a new way of working with community groups . By working with vulnerable adults and St Mungos, the museum became an active agent in the facilitation of a more integrated and happy local community. Through this project LTM became an  active hub for conversations between local groups and increased wellbeing at the museum and in the local community. 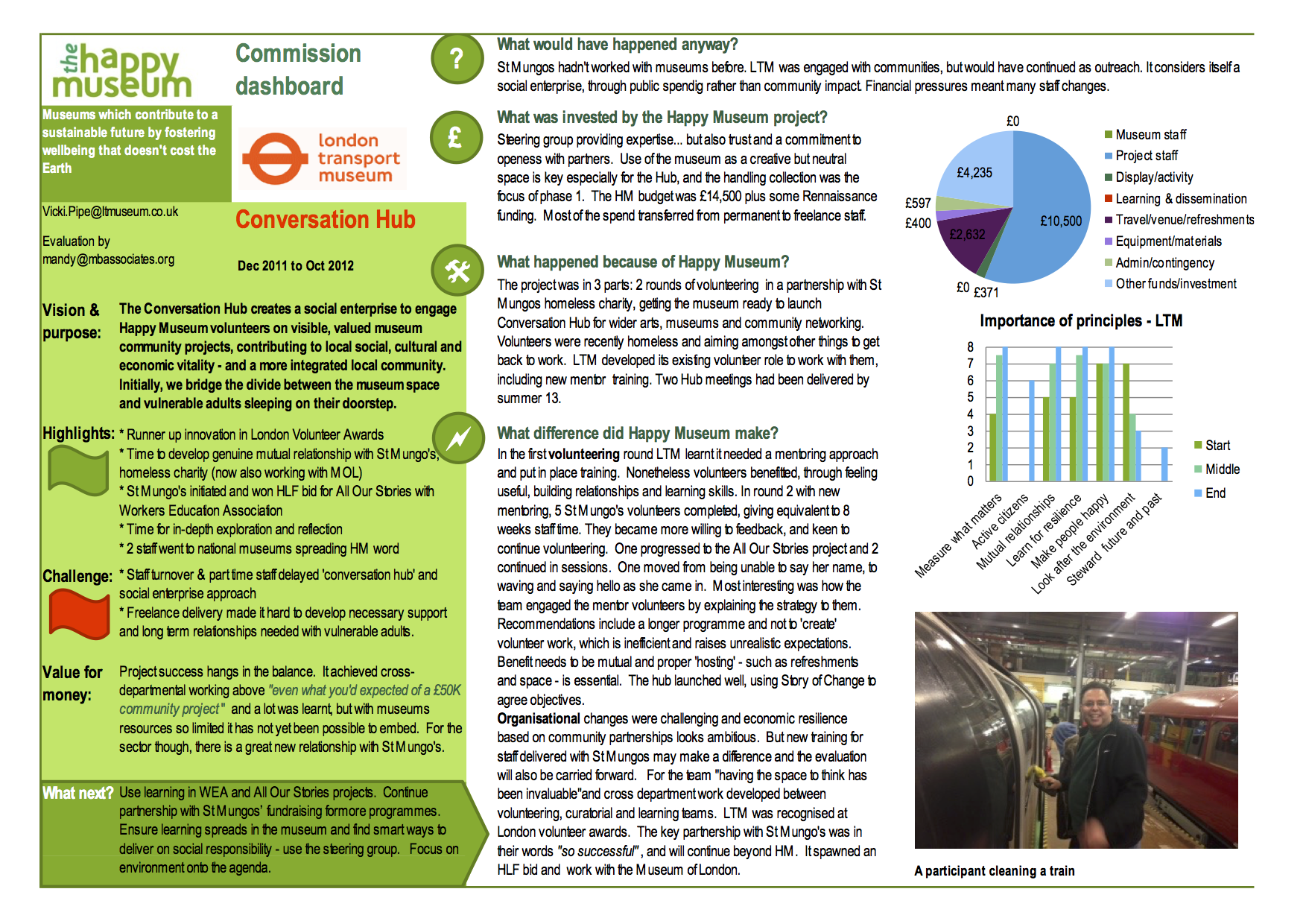 The project vision was that the Conversation Hub created a social enterprise that engaged Happy Museum volunteers on visible, valued museum community projects and contributed to local social, cultural and economic vitality which led to a more integrated local community.  Through our Happy Museum commission we sought to bridge the divide between the museum space and vulnerable adults sleeping on our doorstep.

Highlights included being listed as a runner up in the  London Volunteer Awards.  We had time to develop genuine mutual relationship with St Mungo’s, homeless charity and St Mungo’s initiated and won HLF bid for All Our Stories with Workers Education Association.  The museum team had time for in-depth exploration and reflection and two staff went to national museums  and shared Happy Museum thinking.