The CCC  ( Creative Community Curators project) invited people to explore the collection at The Cinema Museum, ‘follow their curiosity’ and identify a project or an idea, which were then developed over a number of weeks, culminating in a community exhibition. A project manager, researcher and assistant (student placement) were recruited to support CCC. The project manager took SLAM (South London and Maudsley NHS Trust) Mental Health & Wellbeing training and used the the ‘Happiness Game’ with participants. The project assistant also attended a NCVO leadership conference and visited  the British Museum to learn about using objects.

The Happy Museum project was keen to introduce an evaluation tool to measure change within the volunteer community curators over the course of the project. This allowed a greater understanding of the impact of the CCC project particularly with regard to the change in the practices/attitudes of the Cinema Museum.

Read a Case Study of the Project – Growing partnerships for wellbeing 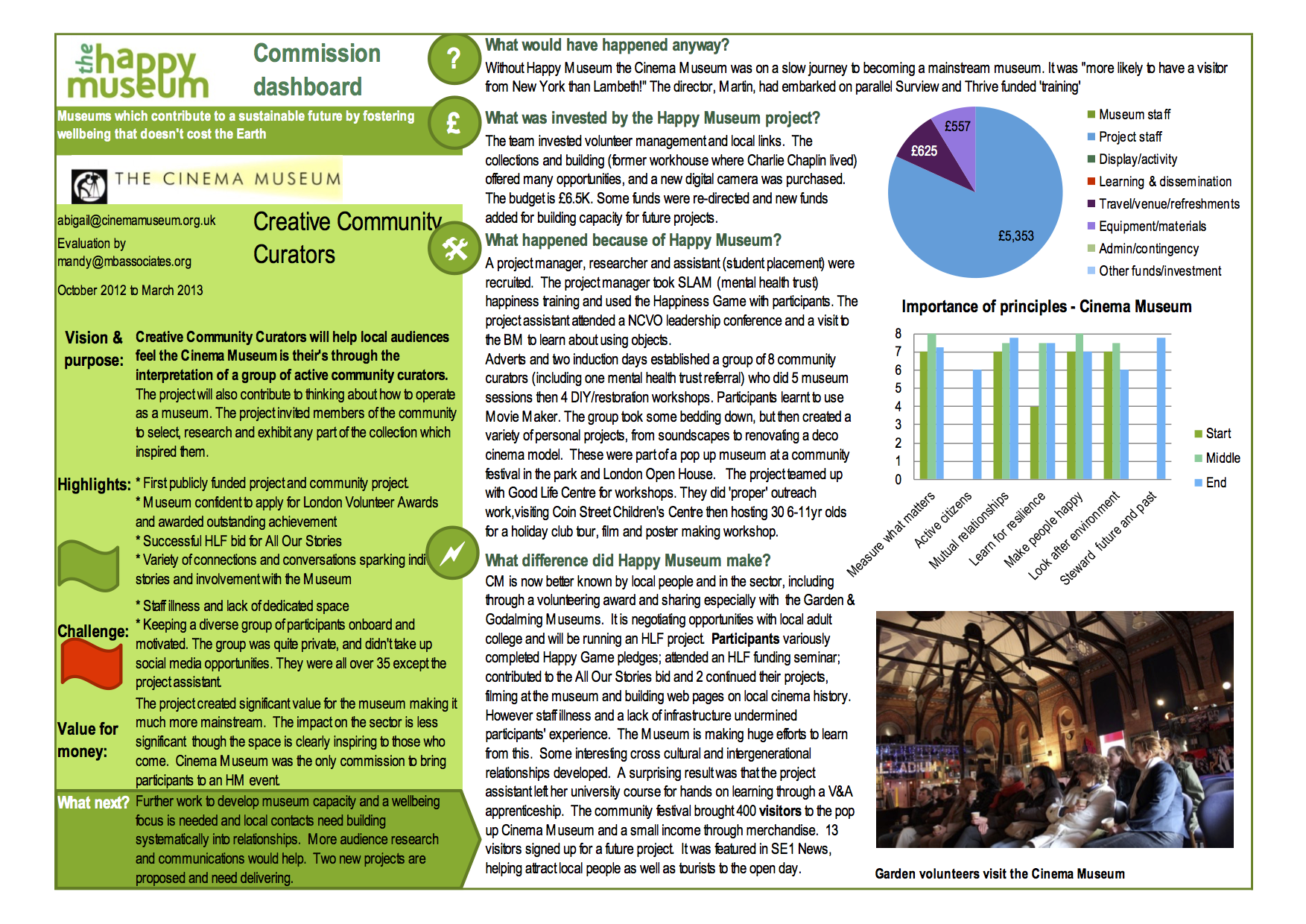 The project vision for Creative Community Curators  was for local audiences feel the Cinema Museum was theirs through the interpretation of a group of active community curators. The project also contributed to thinking about how to operate as a museum.

Highlights included the fact this was the museum’s first publicly funded project and community project.  It gave the museum confidence to apply for London Volunteer Awards where they were awarded for outstanding achievement.  They went on to make a successful HLF bid for All Our Stories and a variety of connections and conversations were ignited sparking individual stories and involvement with the Museum.

Challenges included staff illness and lack of dedicated space and the difficulties of keeping a diverse group of participants on board and motivated.