Dec18 Comments Off on Flowers for Love and Money – Garden Museum

The ‘Flowers for Love and Money’ project created a winter cutting garden that was sown with native plants ( hops, wild clematis and catkins) which were then harvested and sold as winter bouquets. The bouquets were an alternative to the cut flower industry’s unethical and unsustainable practices.

Gardeners and volunteers from schools and local groups were taught how to grow winter hardy flowers which challenged peoples’ expectations of the traditional ‘bouquet’. The cut flower industry encourages members of the public to expect lilies and roses 52 weeks a year which is unsustainable . The project aimed to be environmentally, economically and socially sustainable, demonstrating how things could be different whilst increasing UK biodiversity. 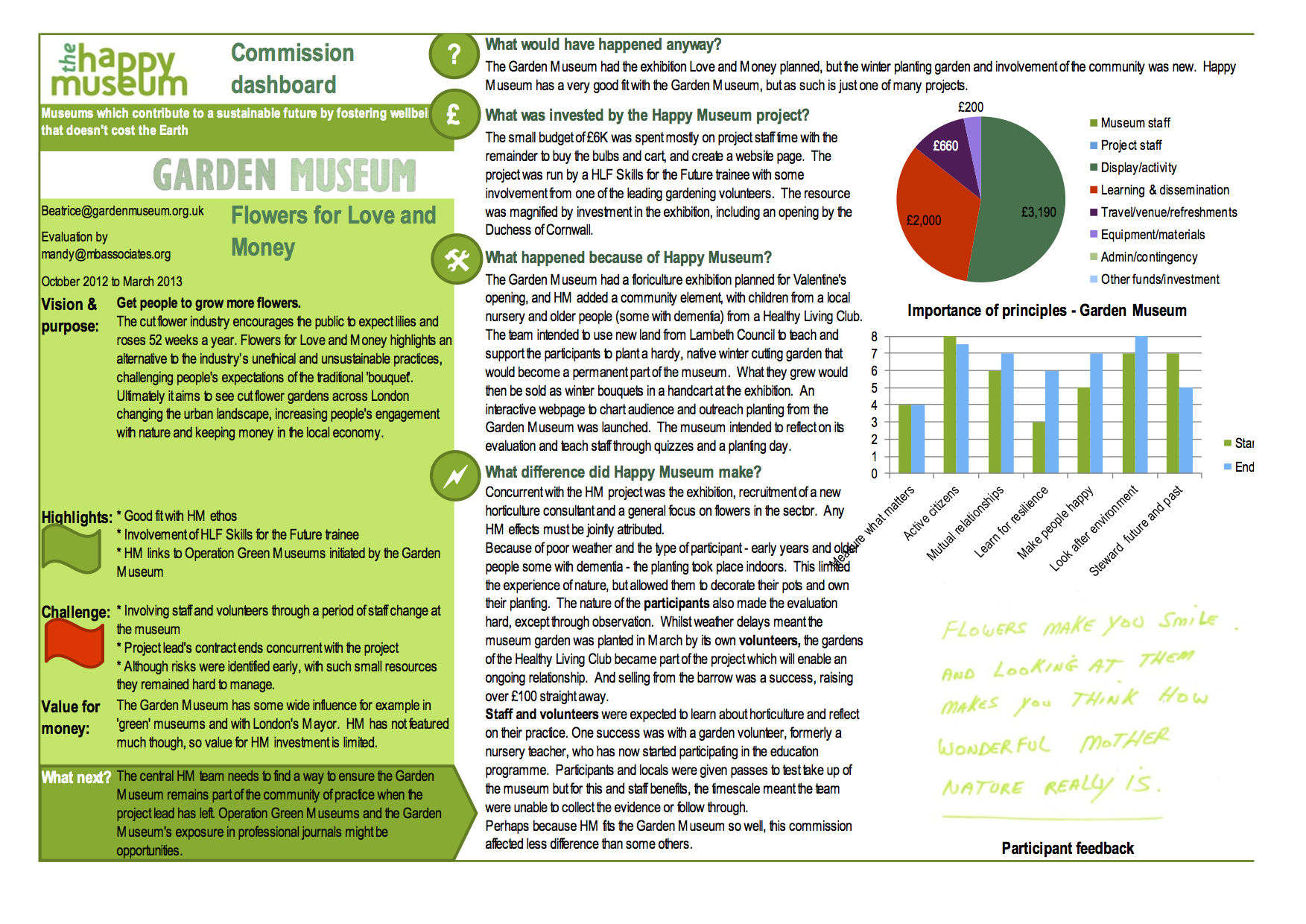 The project vision was that the cut flower industry encourages the public to expect lilies and
roses 52 weeks a year. Flowers for Love and Money highlighted an alternative to the industry’s unethical and unsustainable practices, challenging people’s expectations of the traditional ‘bouquet’.
Ultimately it aimed to see cut flower gardens across London changing the urban landscape, increasing people’s engagement with nature and keeping money in the local economy.

Highlights included the good fit with HM ethos, the involvement of an HLF Skills for the Future trainee and HM links to Operation Green Museums initiated by the Garden Museum

Challenges included involving staff and volunteers through a period of staff change at
the museum, the fact the Project lead’s contract ended concurrent with the project and although risks were identified early, with such small resources they remained hard to manage.